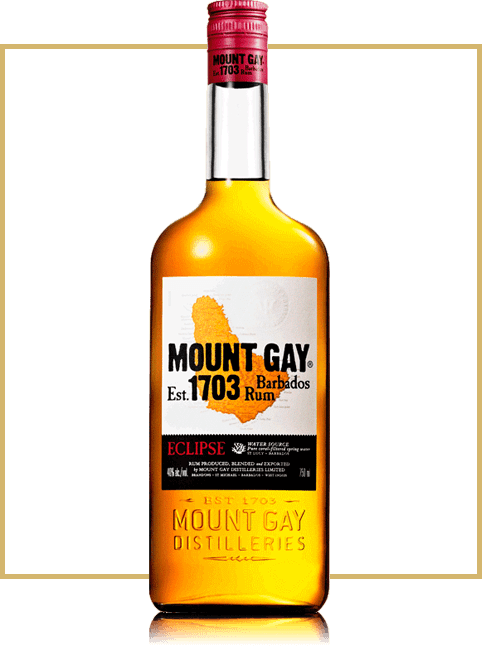 Eclipse is the reference for character, body and aroma by which our Master Blender Allen Smith uses to blend every variety of Mount Gay Rum. For many rum aficionados Eclipse is also the reference by which all rum should be measured. Eclipse has a brilliant golden amber colour and a luxuriously complex aroma.