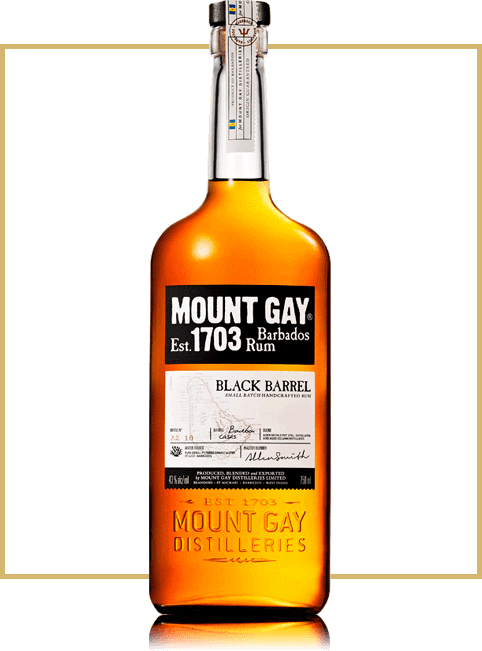 The latest from Master Blender Allen Smith, Black Barrel is a small batch, handcrafted blend made of matured double pot distillates and aged column distillates. In a process called finishing, the blended rum is then matured for a second time in deeply charred Bourbon oak barrels. This unique process releases spicy aromas that are at once balanced, and bold.