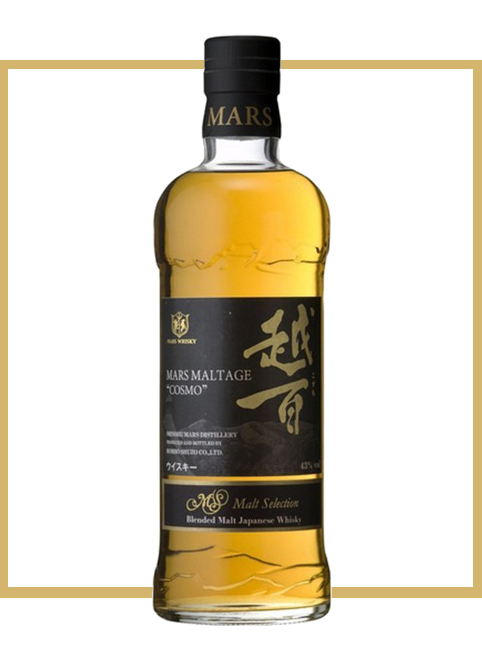 Cosmo named from the central Alps near the Shinshu Mars whisky distillery. Cosmo matured by Japanese malt and scotch malt, is representing the complexity and depth.