For many years Bruichladdich was known as the malt which the locals drank, something which surprised many visitors as it was unpeated. The notion that the Ileachs would automatically prefer the big peat bombs from elsewhere on the island was, seemingly, untrue. The lack of smoke wasn’t as a result of this local preference, but dictated by the needs of the blending firms who had always owned the distillery. 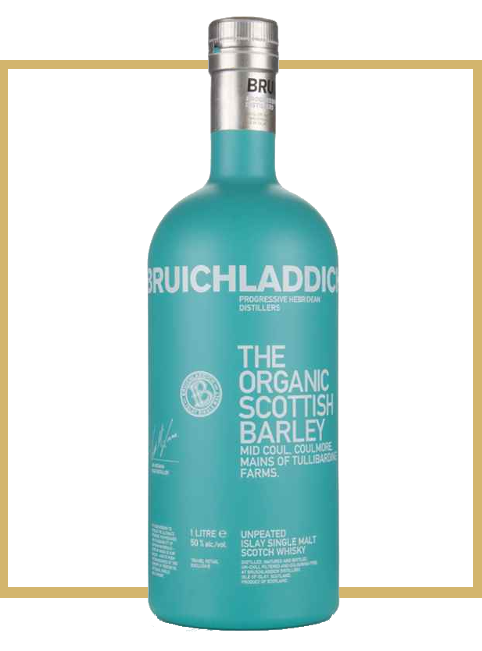 100% Scottish Organic Barley, slow trickle distillation and premium american oak have produced the creamiest whisky we have ever tested. In victorian times, when BRUICHLADDICH distillery was built, all scottish barley was organically grown. The relationship between distiller, farmer and soil was intimate and enduring. These ties were lost as industrialised farming cut through ancient synergies and an ager of super efficient blandness was born, In partnership with our organic farmers – SIR WILLIAM ROBERTS of mains of tullibardine, WILLIAM ROSE at mid coull and NEIL SCOBIE at coulmore – we are rediscovering these synergies. We believe relationships matter. Once again, land and dram united.